Welcome to the Overhead Athletic

What inspired the creation of the Martel Method?

The Martel Method was created by former professional pitcher Ed Martel MPT, OMPT and the Overhead Athletic Institute. Ed was a professional pitcher with the New York Yankees and Detroit Tigers. He earned a position on the 40 man major league roster for the New York Yankees at 22 years old before suffering his first major throwing related injury. Every time Ed was close to demonstrating his true potential on the greatest stage in baseball, he suffered another injury. After multiple injuries and subsequent surgeries ended Ed’s professional baseball career, he made it his mission in life to discover why throwing injuries occur and how to prevent them. What occurred as the result of this investigation was the creation of the Martel Method which serves as a practical method for rehabilitating and training throwing athletes. It is the culmination of relevant sciences including orthopedics, neurophysiology, biomechanics, psychology, and skill acquisition with the art of clinical application and sport performance. 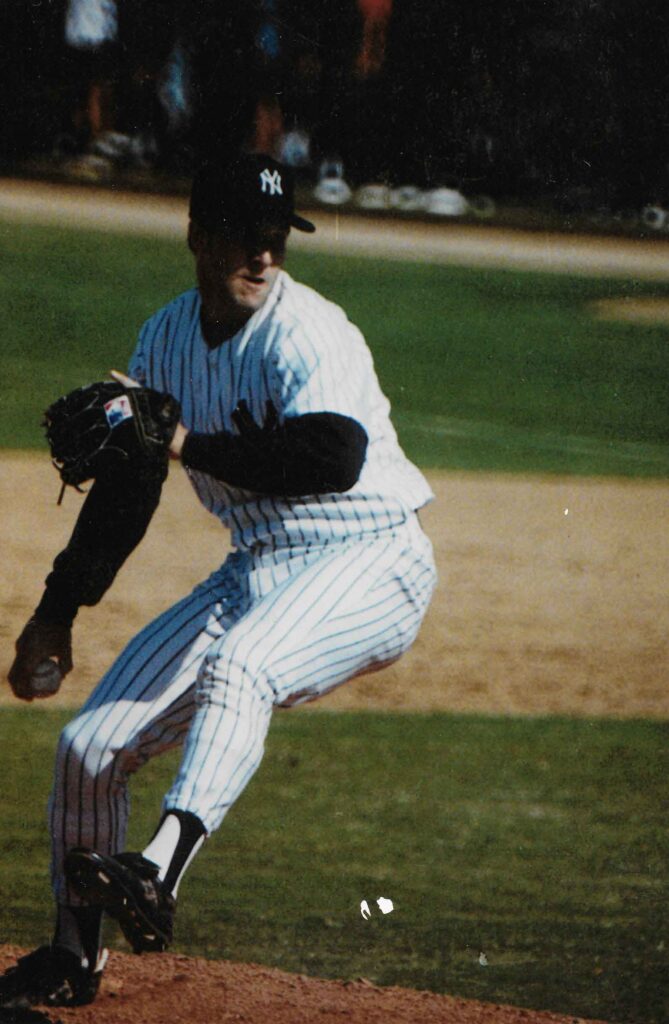 Ed graduated from De La Salle High School and was inducted into the school’s Hall of Fame. In 1987, Ed was drafted out of high school by the New York Yankees. Ed made the 40 man roster of the Yankees at 22 years old. Unfortunately, his professional career was hampered due to injury. After 8 years with the Yankees organization, he finished his career with the Detroit Tigers.

While playing baseball, he attended Northwestern University where he studied mechanical engineering and later earned a degree in economics. He then attended Oakland University, where he met his wife, received his Masters degree in Physical Therapy and went on to achieve a certificate for Orthopedic Manual Physical Therapy.

Ed founded the Overhead Athletic Institute (OAI), with the goal of educating athletes on how to avoid the same injuries he sustained while playing baseball.

Edward Joseph Martel III, age 49 of Harrison Township, passed away on September 29, 2018. Ed was initially diagnosed with cancer in 2000 while in physical therapy school but he never let it slow him down. He continued to pursue his dreams regardless of the challenges he might have been facing. His passion and enthusiasm were an inspiration to everyone he met and continue to be an inspiration to even those who come across his story today.

If you want to get an edge on the competition, it’s time to get focused. If you want to take your game to the NEXT LEVEL you have come to the right place.